Built by the Knights of St. John in the 1570s, the Grandmaster’s Palace is the theatre where our nation was born. The first building to be constructed in the new capital city and enlarged over the years, the palace was a state within a building. During the British Period, it served as the Governor’s Palace and was the seat of Malta’s first constitutional parliament in 1921. Presently, the palace is the seat of the Office of the President of Malta.

The ongoing works at the Grand Master’s Palace are part of the largest project ever undertaken by Heritage Malta, estimated to cost around € 28 million in total. The first phase of the project is being co-financed by the European Union as part of the European Regional Development Fund for the sum of € 10 million, while the next phase, which will cost around € 18 million, will be funded by the Maltese Government. The first phase is expected to be completed by October 2022, while the entire project is expected to be completed by the year 2025.

The first phase of this project shall see the reinstatement of the Armoury in its original location – the former Parliament Chamber; the restoration of the artworks in the corridors and Uccelliera of the Piano Nobile; and a visitor centre in the rehabilitated former Casa del Monte and Orangerie. Phase two involves the restoration of the state rooms and the office of the Prime Minister. Phase three will see the Neptune Courtyard and ground floor restored to its original purpose, whilst the final phase ends with the complete rehabilitation of the basement.

The Grandmaster’s Palace is the most visited site in Heritage Malta’s portfolio, welcoming around 200,000 visitors each year.

Previously only the armoury (at ground floor) and five staterooms at the Piano Nobile level together with the main staircase, were open to the public. However, now the entire project aims to attract a projected increased audience of 300,000 annual visitors and will grant access to over eighty-five percent of the building footprint.

With the regeneration of the Grandmaster’s Palace, visitors will be able to experience the new interpretation of the centre of power in Malta for 500 years as a historic house based on the blueprint of a baroque palace. 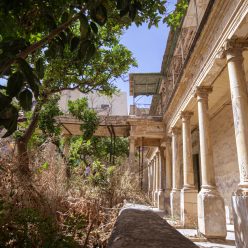 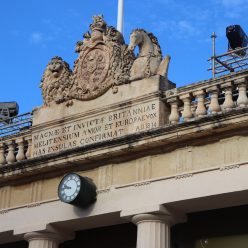 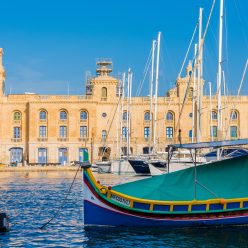 Regeneration of the Grand Master's Palace