The Hypogeum skulls on display at the National Museum of Archaeology

The Ħal Saflieni Hypogeum skulls, which have captured popular imagination since they were unearthed, are currently on display at the National Museum of Archaeology in Valletta, in an exhibition entitled “Alien Headaches? The Hypogeum Skulls Enigma”.

The Hypoegum skulls have long generated debate and interest due to the fact that Sir Temi Zammit described them as being “of the long-headed type” during excavations in the first decade of the 20th century. Frequent requests are received to see the “elongated skulls” and several film crews have interwoven them into narratives which at times have included extra-terrestrial creatures. 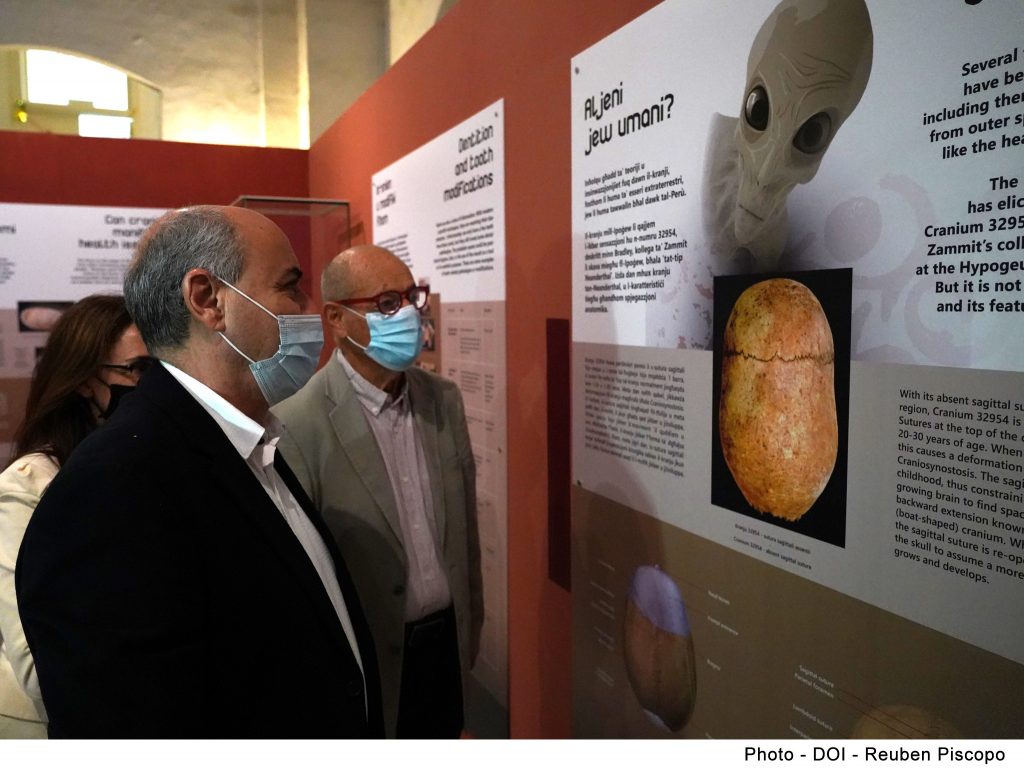 The exhibition was inaugurated by Minister for the National Heritage, the Arts and Local Government José Herrera, in the presence of Anthony Scicluna, Heritage Malta’s Chairman, and Sharon Sultana, Senior Curator at the National Museum of Archaeology. 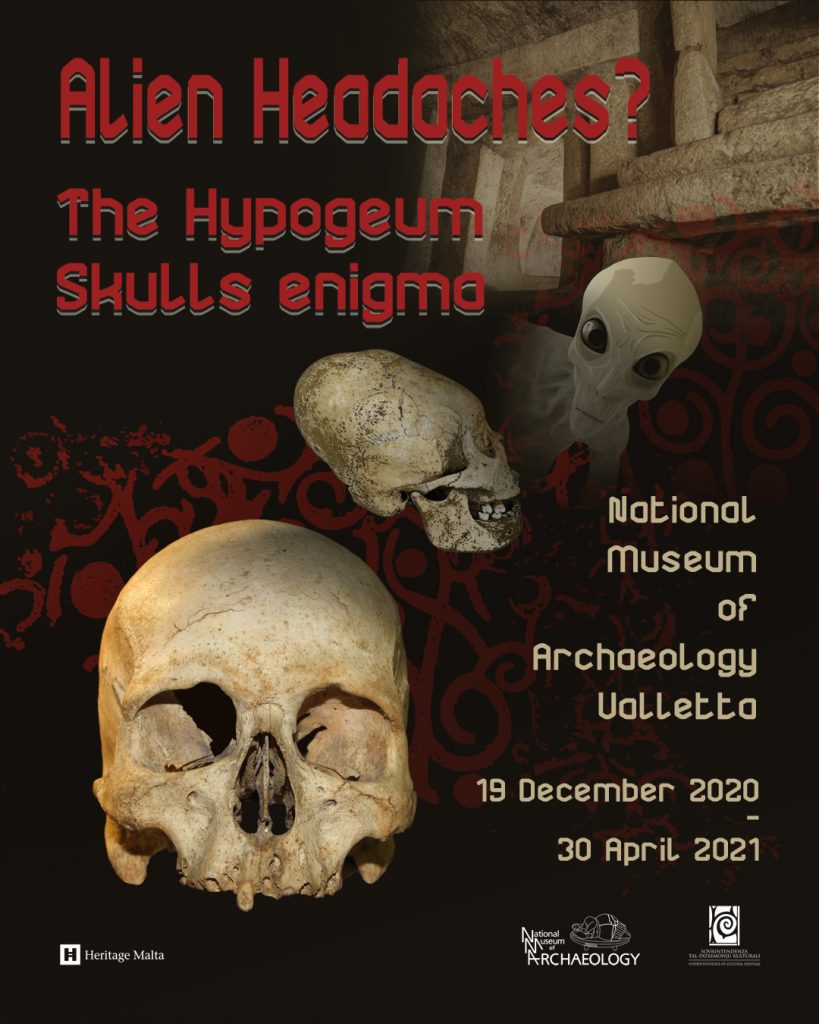 Minister Herrera stated that this exhibition is the culmination of a very demanding year for the National Museum of Archaeology, which transformed the challenges imposed by the Covid-19 pandemic into an opportunity to carry out restoration and embellishment works as well as improvements in interpretation during the time when the museum closed its doors to the public or reduced its opening hours. He recalled that in addition to these works, historical research and physical surveys are ongoing in various parts of the Auberge de Provence to better understand the rich history of the building which houses the museum.

This exhibition “Alien Headaches? The Hypogeum Skulls Enigma” presents a unique opportunity to observe the Hypogeum skulls closely, since they are usually kept in the reserve collection and have not been publicly exhibited since 1995.

Innovative scientific techniques are allowing the skulls to be studied from new perspectives which are leading to a richer and broader understanding of Neolithic people within the context of an island environment. The exhibition will show how the skulls were examined from an archaeological, osteological and medical point of view. 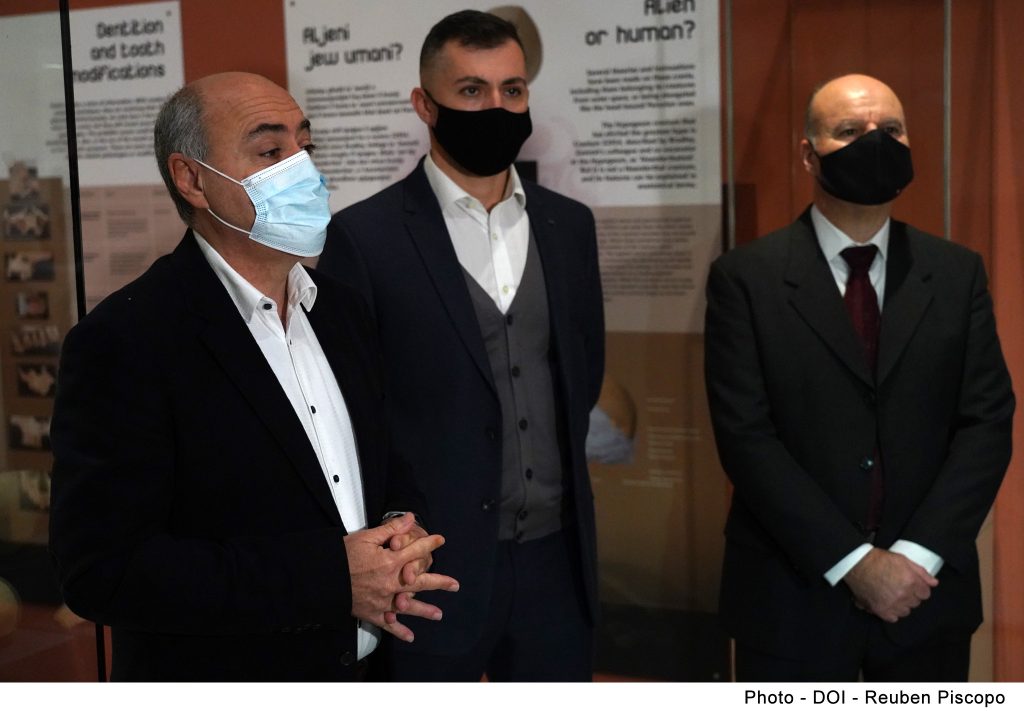 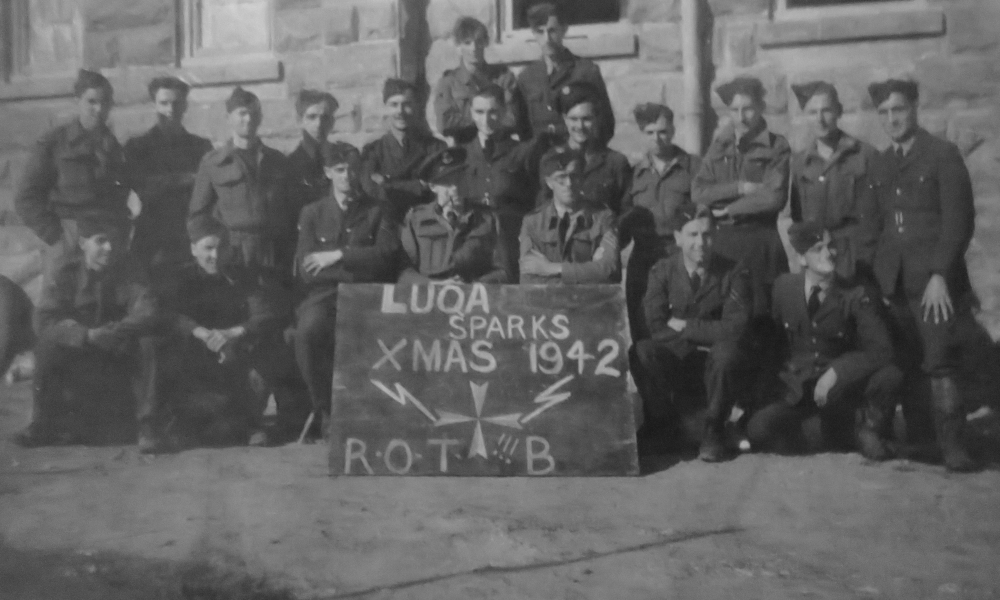 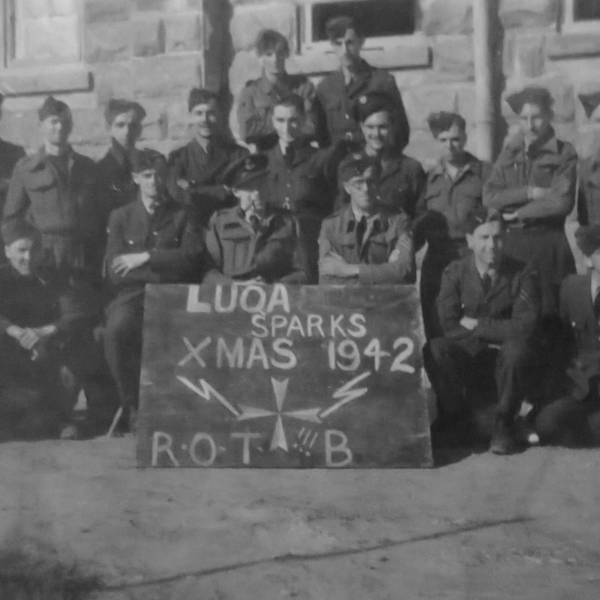