Heritage Malta will be opening two of its museums and sites for free on September 8th – Victory Day – while another two sites will be open at half-price.

The National War Museum and the Malta Maritime Museum will be open free of charge between 9am and 5pm with the last entrance at 4:30pm, while the Palace Armoury and the State Rooms will be open at half-price, that is €5 for Adults, €3.50 for students, youths and senior citizens and €2.50 for children (prices include both sites).

The National War Museum at Lower Fort St Elmo, Valletta, recounts the story of the events which led to the two wars, their development and also their consequences, locally and abroad. Special reference is made to the role of Malta and the contribution of the Maltese population, especially during the incredibly difficult conditions of 1942.

The Malta Maritime Museum at Vittoriosa charts Malta’s maritime history and lore within a Mediterranean context and also illustrates the global nature of seafaring and its impact on society. The museum houses numerous artefacts highlighting the different epochs.

The Palace Armoury is one of the world’s greatest arms collections housed in their original buildings, and ranks among the most valuable historic monuments of European culture. It still contains abundant material of Italian, German, French and Spanish origin from principal arms production centres.

The State Rooms are the show piece of the Presidential Palace sited at the heart of Malta’s World Heritage Capital city of Valletta. Built as the official residence of the Grand Masters, it is today is the seat of the Office of the President of the Republic and the House of Parliament.

This is the latest of initiatives that Heritage Malta has accustomed the Maltese and foreign visitors to in its commitment to make our cultural heritage accessible to all. For more information about this and other similar initiatives one can visit the official Heritage Malta website www.heritagemalta.org or follow the agency’s pages on Facebook. 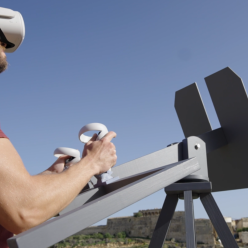 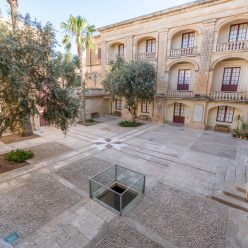